US Software giant, Microsoft, are rolling out their tenth incarnation of the hugely popular PC operating system, Windows, on the 29th and as a person who steered clear of the buggy but promising windows 8; 10 is hyping me up for the final Operating system built by Bill Gates’ Company.

Windows 7 had everything for me as a graphic designer, it kept things simple and it stuck to what windows knew from my exploits previously in XP and even Vista. So when Windows 8 was announced I was full of optimism and hope for an even more powerful Operating system than that I was already running. But as it was released, I was warned not to upgrade as the early adopters found issues with several key elements of why Windows were so successful in the past. Missing the Start bar was massive. I quite liked the panel square page from a design point of view but the function behind it was poor and wasn’t well executed.

4 years later, Windows 10 arrives, skipping 9 out. Rumours were saying that Microsoft hates the number nine as they always skip it in version numbers but that doesn’t fly with me. Another is that they wanted to distance themselves from 8 that they pushed it to ten. Once again, not that plausible. In reality, it’s a sales technique, Windows 10 seems more advanced than 9 because it’s a bigger number. It’s a fantastic way of psychological marketing (Apple has been on OSX for years don’t forget) that has been utilised by companies large and small.

I haven’t used Windows 8 yet but what I’ve seen looks impressive. It seems to mix the best of both worlds combining what we loved about 7 with what looked nice about 8. What we now have is a crazy, refined and sleek mix of science fiction madness and clean set of brand guidelines that has now used across multiple platforms. A little firework in my heart set off when I saw that the start bar was back, but with the design aspects of 8’s panels. I really hope windows 10 is everything it’s been made out to be just for the start bar. In reality, there are so many more neat features that I’m looking forward to seeing and using.

Unlike the rest of the internet, I’m quite excited about Edge. From what I’ve seen online, it seems quicker than Google Chrome and is leaps and bounds ahead of the abomination of Internet Explorer. Edge is described as nothing like IE in anyway, which instantly lights my eyes up like a Christmas tree. It’s very stylish unlike IE and the introduction of Cortana, which is similar to Siri, gives a new angle over browsers like Chrome and Safari. It seems like they lined all of the main browsers and taken the best bits of each. From the little I’ve used and seen, its taken the functionality of Chrome, the Reader mode from Safari and the sheer simplicity of IE. All of this, without sacrificing security. Edge is one of the safest browsers around and now has the potential to be a Chrome killer.

It’s not there yet but the little browser that could now starting to pick fights with the giants of Google and it’s still unclear if the search engine company will return fire with a strong chrome update to put Google out of sight. Edge seems to have a bright future and I want to be there with it.

Finally, what I’m most excited for is the integration with other windows products. As an owner of an Xbox One, I like that Microsoft are trying to emulate the Apple and Google Android connectivity scheme with everything being connected to everything else. The Software giant is now looking like it will be back on par with Google and Apple to bring them back into the big three. With the integration of 10, I’d like to also see the future of Windows mobile. The purchase of Nokia now seems like a mistake in hindsight and I think a total re-brand may be in order to push themselves into the mobile market. With Apple and Android having the stranglehold in the biggest tech market, it remains to be seen if 10 can bring windows into that mix or if they will eject and leave the other mobile powerhouses to fight it out.

I’ll be giving my impression on 10 and hat it can do for COGmedia on __! Stay Tuned! 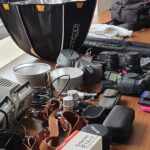 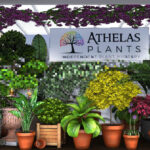 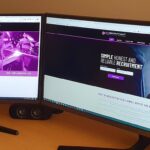 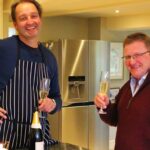 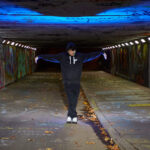 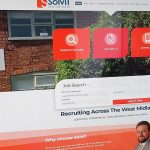 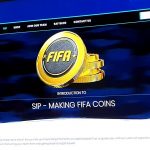